For this listening concert I composed a new piece entitled SNOW CRYSTALS, a composition for 104 spatially distributed floppy disk drives. The composition was recorded with 8 microphones arranged in a circle so it could be played back in New York using an octophonic loudspeaker system surrounding the audience.

This concert was a collaboration of Helsinki-based Artists' Association MUU and New York-based composer and curator Michael J. Schumacher.

Technical details Audio channels: 8 Duration: 6:59 min. File format: 8 mono tracks in 48kHz/24 bit Speaker placement: speakers positioned in a circle around the listeners Seating arrangements: no chairs so that the audience can wander around and make their own “mix” depending on where they are Lighting: a very warm and dimmed cue state inviting the audience to immerse in the composition 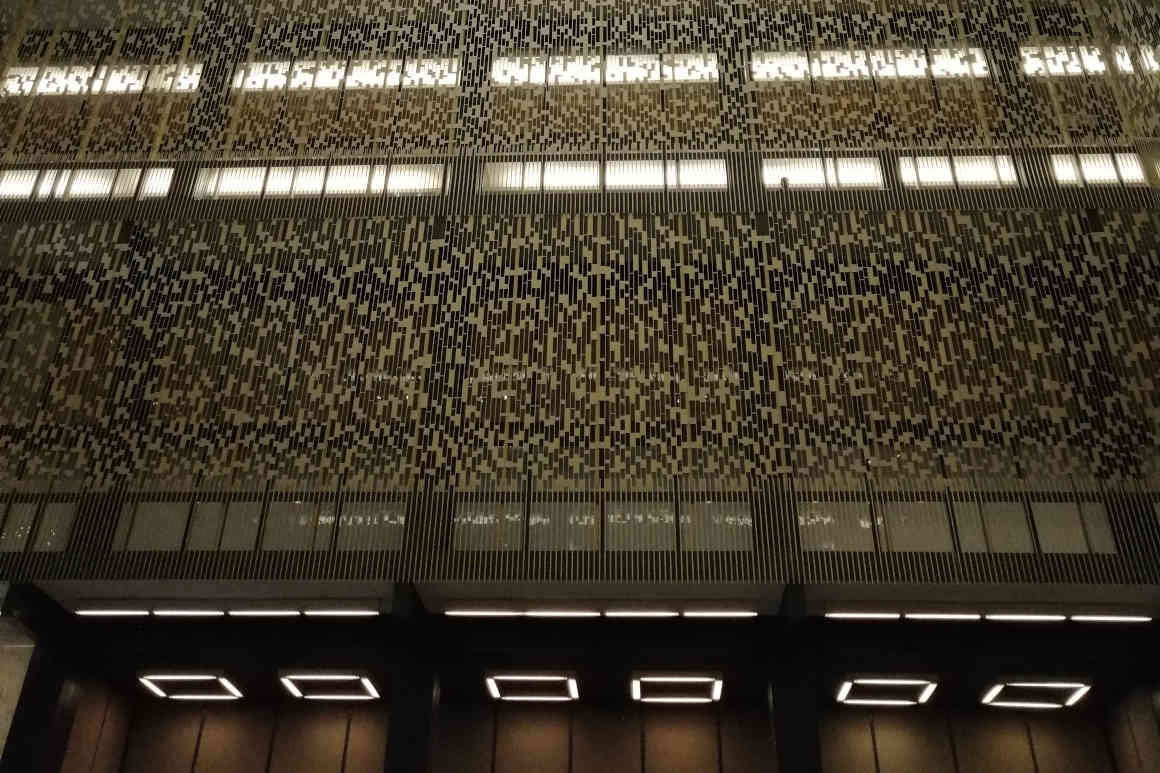 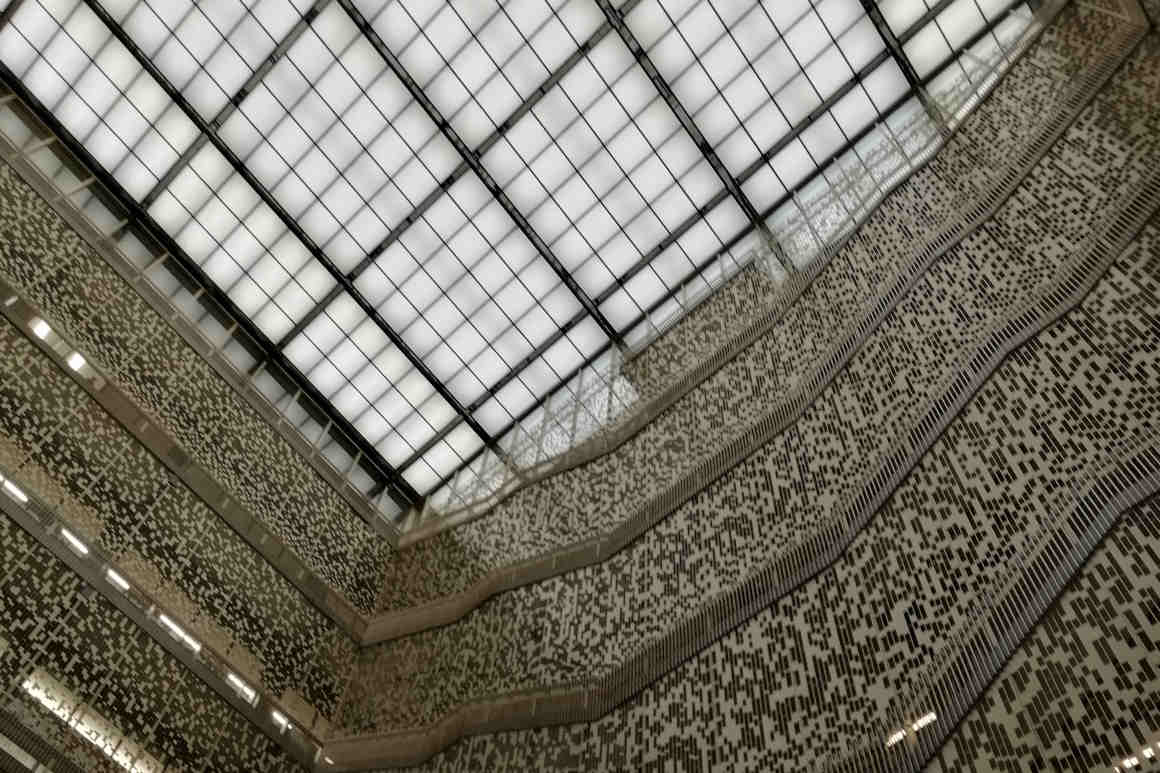 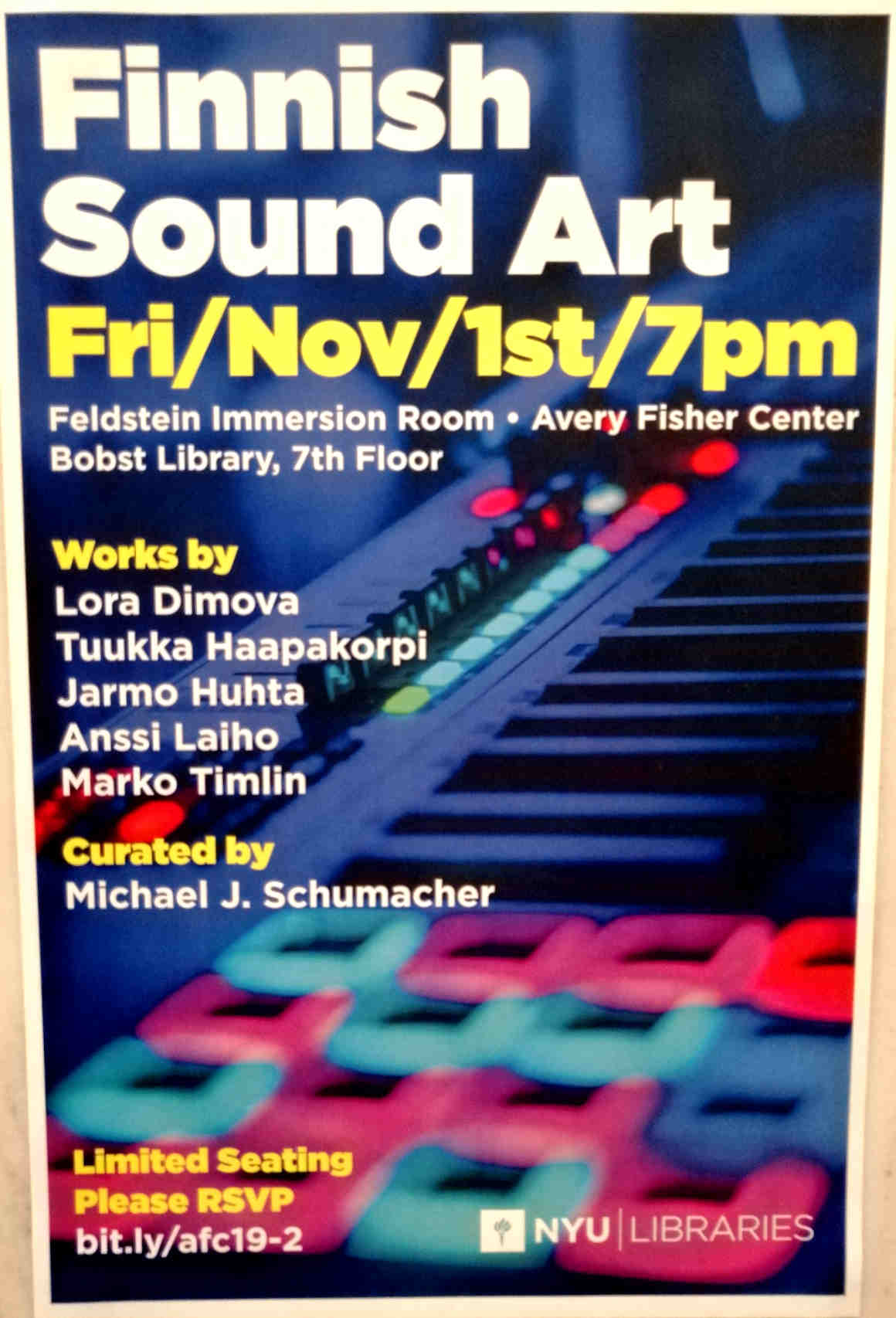